Last Monday a group from Sligo CTC (Gavin, Lisa, Andrew, Sean and Karl)  commemorated the 1916 Easter Rising at a flag ceremony in Croke Park.  This event was attended by 6000 people.   Ryan Tubridy was the MC for the day and  President Michael D Higgins gave a very interesting speech.  He spoke about the importance of the young people in Ireland to be attending this event – “Today it is up to our young people to take charge of change and imagine what Ireland might yet become.”  The defence forces were present and an actor portraying Thomas Francis Meagher gave a dramatic account of the story of his life.  A video was also be shown, which illustrated the peaceful message of the National Flag and the pride and affection felt by Irish people at home and abroad.  There was also an excellent trad band playing on stage.  As part of the ceremony Andrew received a national flag and a copy of the 1916 Proclamation.  We had a fantastic memorable day and following on from this event Sligo CTC are delighted to be raising our flag next Tuesday 10th March and are having a Proclamation Day.  There is an information stand in the centre put together by trainees explaining the meaning of the Irish Flag. Below is a selection of photographs from last Monday in Croke Park and the “Irish Flag” stand. 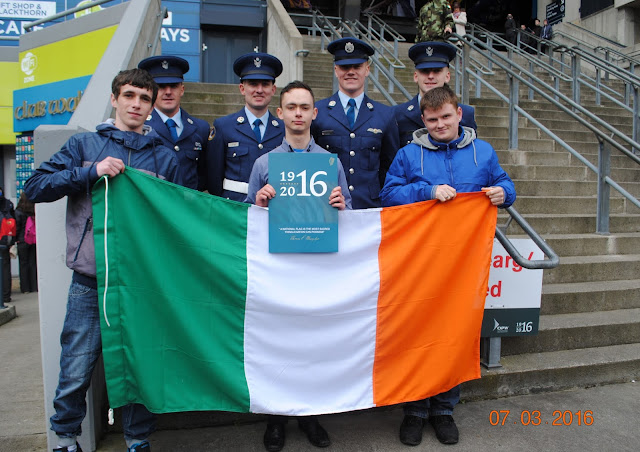 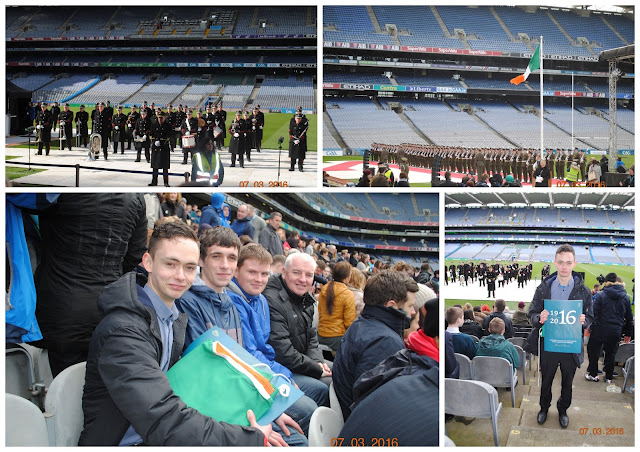 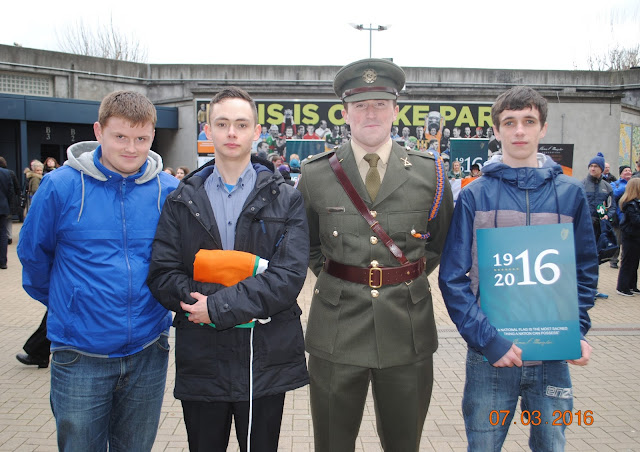