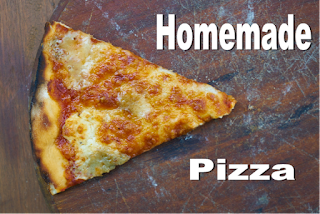 Pizza is an oven-baked, flat, round bread typically topped with a tomato sauce, cheese and various toppings. The modern pizza was originally invented in Naples, Italy and the dish has since become popular in many parts of the world. An establishment that makes and sells pizzas is called a “pizzeria”.  Pizza is cooked in various types of ovens, and a diverse variety of ingredients and toppings are utilised.  Pizza is also available in frozen prepared varieties.

Cooking
In restaurants, pizza can be baked in an oven with stone bricks above the heat source, an electric oven, a conveyor belt oven or, in the case of more expensive restaurants, a wood or coal-fired brick oven. On deck ovens, the pizza can be slid into the oven on a long paddle, called a peel and baked directly on the hot bricks or baked on a screen (a round metal grate, typically aluminum). When made at home, it can be baked on a pizza stone in a regular oven to reproduce the effect of a brick oven.

Crust
The bottom of the pizza, called the “crust”, may vary widely according to style — thin as in a typical hand-tossed pizza or Roman pizza, or thick as in a typical pan pizza or Chicago-style pizza. It is traditionally plain, but may also be seasoned with garlic or herbs or stuffed with cheese.

Cheese
The most popular cheeses to use on pizza are mozzarella, provolone, cheddar and parmesan.

Why don’t your try make your own home made Pizza: 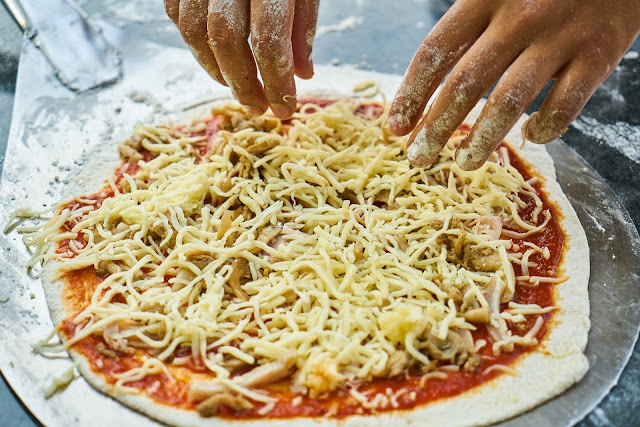